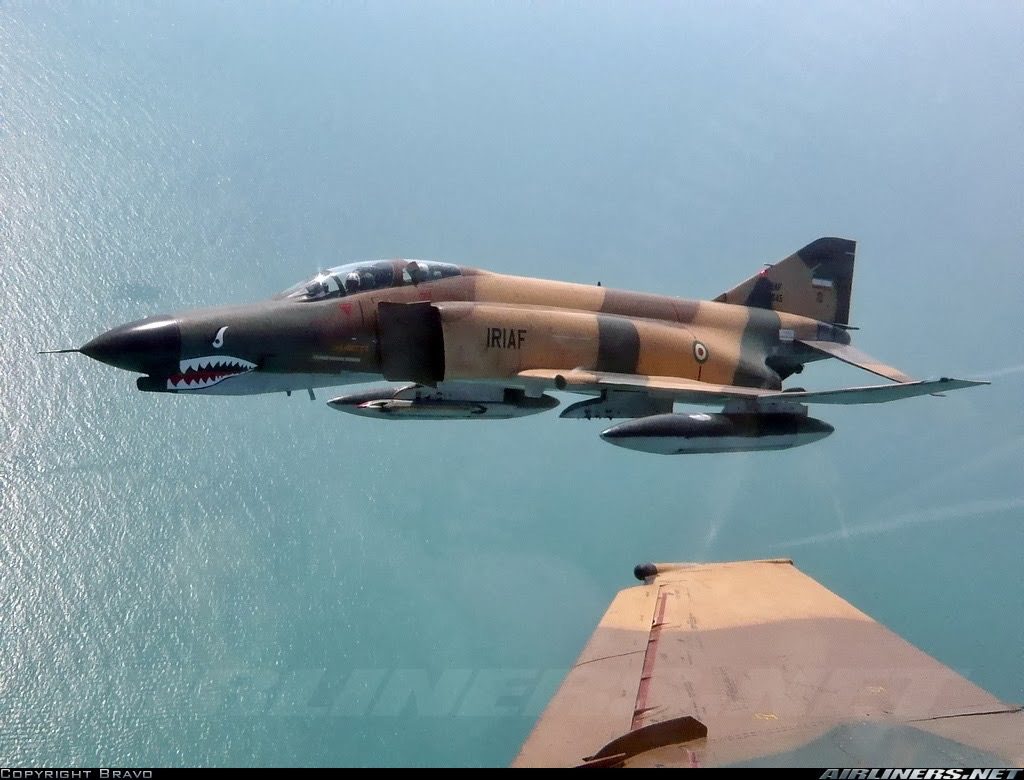 The scheme is in violation of the International Emergency Economic Powers Act (IEEPA) and the Iranian Transactions and Sanctions Regulations (ITSR).

Zavik Zargarian, 52, of Glendale, and Vache Nayirian, 57, of Lakeview Terrace, were taken into custody Wednesday morning by special agents with U.S. Immigration and Customs Enforcement’s (ICE) Homeland Security Investigations (HSI), according to the U.S. Attorney’s Office.

The men are among five defendants charged in a nine-count federal indictment unsealed Wednesday that details a conspiracy to purchase and ship jet fighter aircraft parts worth more than $3 million to Iran.

Additionally, several of the defendants are accused of buying and illegally exporting fluorocarbon rubber O-rings to Iran. The O-rings in question have a variety of possible military applications including use in aircraft hydraulic systems and landing gear.

Also named in the indictment are Zargarian’s Glendale-based company, ZNC Engineering, and two Iranian nationals, Hanri Terminassian, 55, and Hormoz Nowrouz, 56, both of whom are believed to be in Iran.

The charges stem from a lengthy undercover probe spearheaded by HSI, with substantial assistance provided by the Defense Criminal Investigative Service (DCIS) and U.S. Customs and Border Protection (CBP).

“The crimes charged in this indictment are very serious threats to our national security,” said United States Attorney Eileen M. Decker. “As a nation it is vital that we protect our military technology and prevent it from getting into the hands of other countries without proper authorization.”

“Our commitment to prosecuting individuals who engage in the unlawful proliferation and export of items with military applications remains steadfast,” said Acting Assistant Attorney General for National Security Mary B. McCord.

“The actions announced today are part of our ongoing effort to enforce export laws that continue to play a critical role in maintaining and protecting U.S. national security.”

According to the indictment, Terminassian originally contacted Zargarian from Iran for assistance with obtaining military aircraft parts from U.S.-based suppliers. Subsequently, Zargarian negotiated on Terminassian’s behalf to purchase the desired items from an undercover HSI special agent who was posing as a parts supplier.

Eventually, Terminassian traveled to the U.S. to meet with Zargarian and the undercover special agent to discuss the transaction.

The indictment alleges the two men sought to purchase between 10 and 30 units of each item, with the total cost potentially exceeding $3.6 million.

“One of HSI’s top enforcement priorities is preventing sensitive articles like those in this case from falling into the hands of individuals or nations that might seek to harm America or its interests,” said Joseph Macias, special agent in charge for HSI Los Angeles.

“The illicit trade of these kinds of items to countries that have repeatedly violated our export laws must be controlled. Given what’s at stake, HSI will continue to work closely with our law enforcement partners to combat this threat and hold the perpetrators accountable for putting the U.S. at risk.”

The indictment also accuses Zargarian and Nayirian of conspiring with Terminassian and Nowrouz to export fluorocarbon rubber O-rings to Iran.

The indictment alleges Terminassian contacted Nayirian and Zargarian on behalf of Nowrouz and sought their help to obtain the parts.

Terminassian transferred funds for the purchase to Nayirian, who later provided the money to Zargarian. Through his company ZNC Engineering, Zargarian bought the O-rings from a California vendor and provided them to Nayirian.

Nayirian then exported the O-rings to addresses in the United Arab Emirates and Kuwait provided by Terminassian, who subsequently arranged for them to be transshipped to Iran.

According to the indictment, the defendants exported more than 7,000 O-rings to Iran over the course of the conspiracy.

To reduce the likelihood of detection, the defendants falsely claimed on shipping documents that the O-rings were destined for countries other than Iran and substantially undervalued them to avoid having to file export forms that might prompt further inspection by CBP.

As part of the investigation, authorities obtained evidence that the O-rings were delivered to the Iranian Air Force.