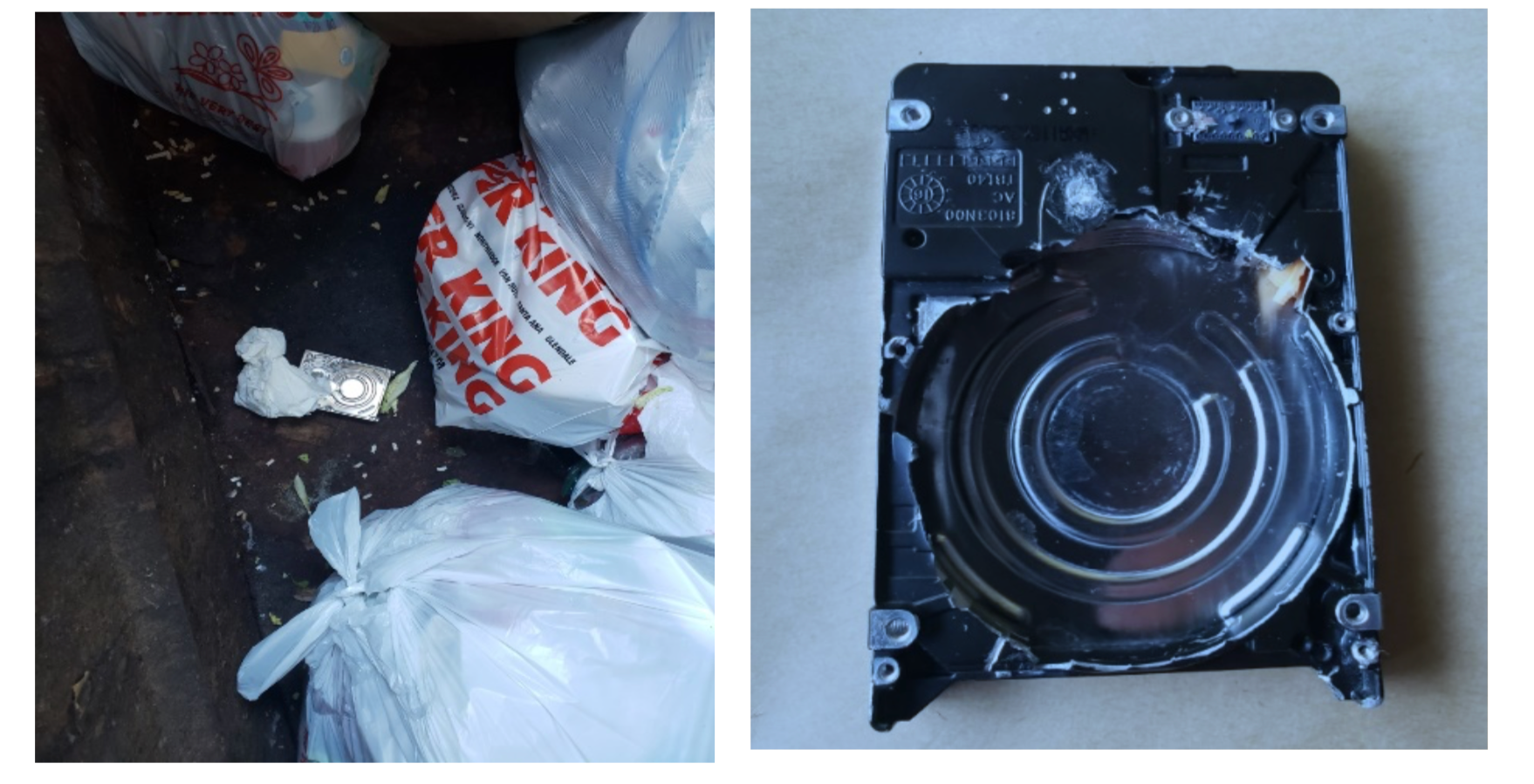 LOS ANGELES – A Chinese national and researcher at the University of California, Los Angeles has been arrested on federal charges of destroying evidence to obstruct an FBI investigation after he was observed throwing a damaged hard drive into a dumpster outside his apartment, the Justice Department announced Friday.

Guan Lei, 29, of Alhambra, was arrested pursuant to a one-count criminal complaint unsealed this afternoon during his initial appearance in United States District Court.

The criminal complaint alleges that Guan, who was in the U.S. on a J-1 non-immigrant visa, threw a damaged hard drive into a trash dumpster near his residence on July 25. The FBI recovered the damaged hard drive after Guan was not allowed to board a flight to China and after Guan refused the FBI’s request to examine his computer. The affidavit in support of the complaint notes that the internal hard drive “was irreparably damaged and that all previous data associated with the hard drive appears to have been removed deliberately and by force.”

According to the complaint, Guan is being investigated for possibly transferring sensitive U.S. software or technical data to China’s National University of Defense Technology (NUDT) and falsely denying his association with the Chinese military – the People’s Liberation Army – in connection with his 2018 visa application and in interviews with federal law enforcement. Guan later admitted that he had participated in military training and wore military uniforms while at NUDT. One of Guan’s NUDT faculty advisors in China was also a lieutenant general in the PLA who developed computers used by the PLA General Staff Department, the PLA General Armament Department, Air Force, military weather forecasts, and nuclear technology. NUDT is “suspected of procuring U.S.-origin items to develop supercomputers with nuclear explosive applications” and has been placed on the Department of Commerce’s Entity List for nuclear nonproliferation reasons, according to the affidavit.

In addition to destroying the hard drive, the complaint alleges that Guan concealed digital storage devices from investigators and falsely told federal officials that he had not had any contact with the Chinese consulate during his nearly two-year stay in the U.S.

During his initial appearance this afternoon, Guan was ordered detained by a United States Magistrate Judge, who scheduled an arraignment for September 17.

A criminal complaint contains allegations that a defendant has committed a crime. Every defendant is presumed innocent until and unless proven guilty beyond a reasonable doubt.

The felony offense of destruction of evidence carries a statutory maximum sentence of 20 years in federal prison.

This case is being investigated by the FBI, Homeland Security Investigations, and U.S. Customs and Border Protection. The U.S. Department of State’s Diplomatic Security Service has provided substantial assistance during the investigation.