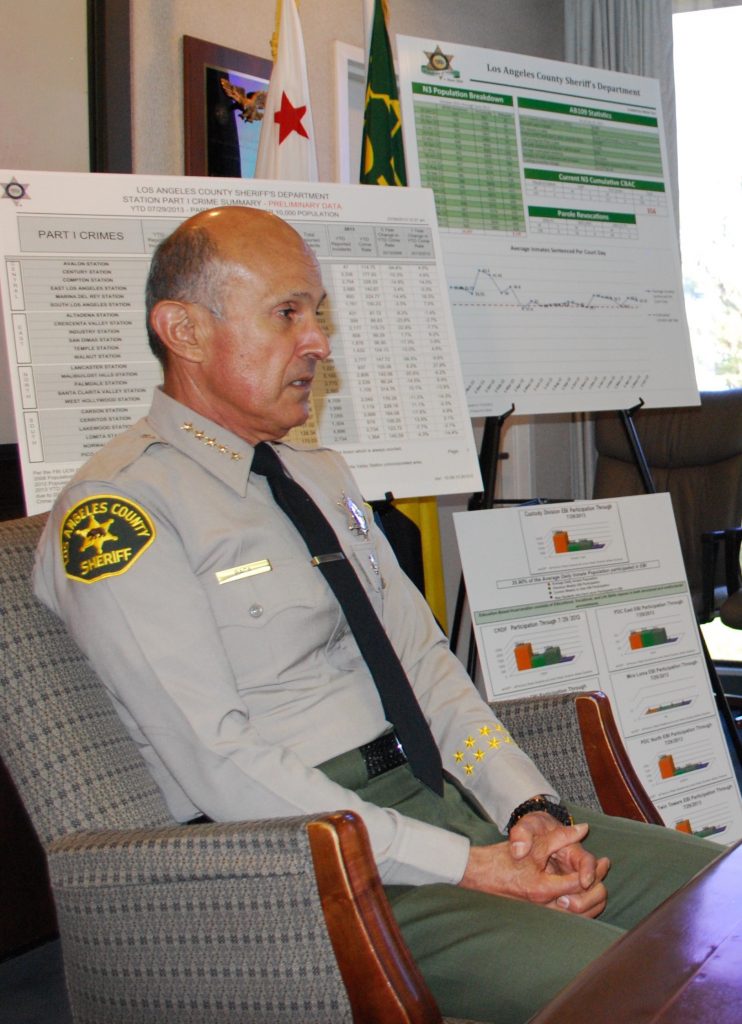 Baca was also convicted of lying to federal investigators when he denied knowledge of key aspects of the obstruction plot.

After about two days of deliberations, a federal jury found that Baca authorized and condoned a scheme that now has resulted in the conviction of 10 former members of the Sheriff’s Department, according to the U.S. Attorney’s Office.

During the trial, prosecutors described Baca as being the top figure in the conspiracy, which also involved his right-hand man and deputies who implemented orders from the Sheriff.

The jury convicted Baca on three felony counts: conspiracy to obstruct justice, obstruction of justice and making false statement to federal investigators. As a result of today’s guilty verdicts, Baca, 74, faces a statutory maximum sentence of 20 years in federal prison.

United States District Judge Percy Anderson, who has presided over several trials involving members of the conspiracy, is expected to schedule a sentencing hearing during a status conference on Monday.

The obstruction plot began in August 2011 after LASD officials discovered a cell phone in an inmate’s cell at the Men’s Central Jail, linked the phone to the FBI’s Civil Rights Squad and learned that the inmate was an FBI informant. The cell phone had been smuggled into the jail by a corrupt deputy who took bribes.

The FBI developed the informant as part of an investigation into the county jail system, which for years had been the subject of allegations of inmate abuse and subsequent cover-ups. The evidence presented at trial showed that the Sheriff wanted to avoid federal scrutiny of his troubled jails, according to the U.S. Attorney’s Office.

As part of the obstruction scheme, Baca ordered a criminal investigation of the FBI agents conducting an undercover investigation, and he directed that the informant be concealed from federal investigators.

While Baca put his right-hand man, then-Undersheriff Paul Tanaka, in charge of the scheme, Baca participated in dozens of meetings and phone calls with members of the conspiracy and admitted directing his deputies to approach the FBI agent. Baca participated in the scheme after being warned by a top deputy that the actions would amount to obstruction of justice, the U.S. Attorney’s Office said.

“As the Sheriff for Los Angeles County, Mr. Baca had a duty to uphold the law, a duty he utterly failed when he played an active role in undermining a federal investigation into illegal conduct at the jails. Today’s verdict shows that no one is above the law.”

“By obstructing the rule of law, Mr. Baca failed both the dedicated men and women of the largest sheriff’s department in the country, as well as the community he swore to serve,” said Deirdre Fike, the Assistant Director in Charge of the FBI’s Los Angeles Field Office.

As a result of Wednesday’s verdicts, Baca becomes the tenth member of the Los Angeles Sheriff’s Department to be convicted in the obstruction scheme, including former Undersheriff Paul Tanaka, who was sentenced to five years in federal prison.

Eleven other former deputies have been convicted of federal charges, mostly related to unprovoked beatings of inmates and subsequent cover-ups.