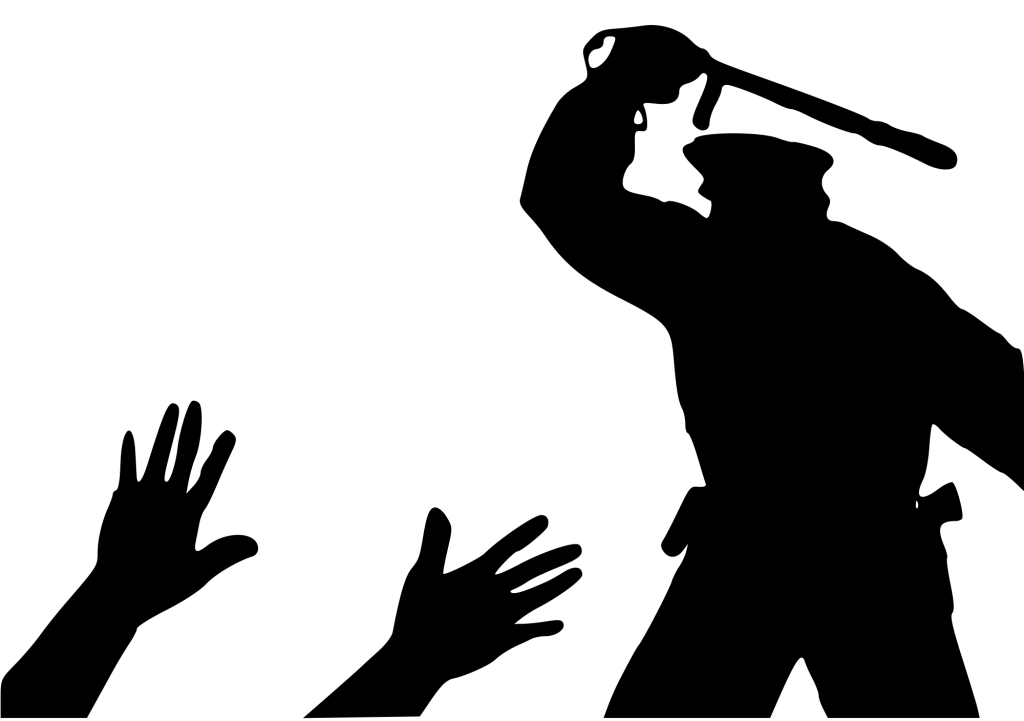 LOS ANGELES — Two former deputies with the Los Angeles County Sheriff’s Department were ordered Monday to serve time in federal prison for violating the civil rights of a mentally ill jail inmate who was beaten, kicked and pepper sprayed after showing disrespect to a jail employee at the Twin Towers Correctional Facility.

The U.S. Attorney’s Office announced that Bryan Brunsting, 32, and Jason Branum (also known as Jason Johnson), 36, were sentenced this morning by United States District Judge George W. Wu. Brunsting for a 21-month prison term, while Branum was sentenced to five months in custody.

Brunsting and Branum each were found guilty in May of three felony counts related to the unprovoked attack on the inmate on March 22, 2010, and subsequent cover-up.

Following the trial, federal prosecutors reached an agreement with Brunsting in which he admitted his role in another use-of-force incident on August 20, 2009 at Twin Towers.

Writing about Brunsting in a sentencing memorandum filed with the court, prosecutors said, “Both incidents show that defendant’s need for ‘respect’ from inmates was above anyone’s need for justice.”

The evidence presented during a one-week trial in United States District Court showed that Brunsting and Branum assaulted the victim in the 2010 incident after the inmate verbally showed disrespect to a civilian Sheriff’s Department employee.

Brunsting, who was a training officer assigned to a rookie deputy who had just started working at the jail, told his trainee that they were going to “teach him a lesson.”

Brunsting, Branum and the rookie deputy brought the victim out of the visiting area and directed him to a locked hallway without any surveillance cameras. Once in the hallway, the inmate realized he was going to be assaulted and began to run. The victim was tackled.

Brunsting and Branum then beat the victim with fists, kicked him in the genitals and sprayed him in the eyes with pepper spray. Once other deputies arrived, they instructed the rookie deputy to handcuff the victim before he was led away for medical treatment.

After the beating, Brunsting, Branum and the rookie deputy met to coordinate and falsify their stories. The rookie deputy testified that he was told what to say and how to write his report.

As prosecutors argued at trial, the reports submitted by Brunsting and the rookie were strikingly similar, and were written to justify the use of force by falsely claiming that the victim had attempted to punch the rookie.

“Both defendants engaged in a vicious, premeditated assault on an inmate,” said United States Attorney Eileen M. Decker. “Deputy Brunsting’s conduct was even more egregious given that he was involved in the abuse of a second inmate, and he was training new deputies on how to violate inmates’ civil rights and get away with it. These defendants tarnished all law enforcement with their conduct, undermining the outstanding work by the vast majority of officers in the Los Angeles Sheriff’s Department and the nation.”

Brunsting and Branum were found guilty of conspiracy to violate civil rights, deprivation of civil rights with bodily injury, and falsification of records for preparing reports that tried to justify their use of force against the victim.

The case against Brunsting and Branum is the result of an investigation by the FBI, and is one in a series of cases resulting from an investigation into corruption and civil rights abuses at county jail facilities in downtown Los Angeles. As a result of today’s guilty verdicts, 20 current or former members of the Los Angeles Sheriff’s Department have now been convicted of federal charges.