SANTA ANA, California – The U.S. Government has sent out a strong signal to prosecute any American who attempts to support terrorism by sending a Southern California man to 15 years in federal prison. 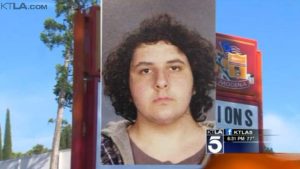 The U.S. Attorney’s Office in Los Angeles announced Monday that Adam Dandach, 22, from Orange County in Southern California, who admitted that he attempted to provide material support to the Islamic State of Iraq and the Levant (ISIL) and making a false statement in a passport application, was sentenced Monday to 15 years in federal prison.

Dandach will also be on supervised release for the remainder of his life.

In sentencing Dandach, Federal Court Judge Selna said the defendant’s conduct was “serious,” required “significant planning,” and went on for more than a year.

“Terrorist organizations that reach into our nation via social media and other online recruiting efforts continue to pose a grave threat to our national security,” said United States Attorney Eileen M. Decker.

“I commend the excellent work of the Joint Terrorism Task Force in this case, which discovered Dandach’s plan and prevented an American from becoming a fighter for the world’s most dangerous terrorist organization.”

“Mr. Dandach was deliberate in his planning to join the ranks of terrorists bent on killing Americans,” said Deirdre Fike, the Assistant Director in Charge of the FBI’s Los Angeles Field Office.

“This sentence makes it clear that the government will not tolerate support for terrorism by American citizens.”

When he pleaded guilty in August 2015, Dandach admitted that, beginning in approximately November 2013 and continuing until July 2, 2014, he attempted to travel to Syria to join ISIL with the purpose of providing material support to the designated foreign terrorist organization.

He further admitted that he knew that ISIL was a designated foreign terrorist organization that engaged in terrorist activity and terrorism.

Dandach “read materials on achieving martyrdom through jihadi fighting,” communicated with others affiliated with ISIL in Syria to obtain information about joining the group, and made online posts that celebrated terrorists, prosecutors said in a sentencing memorandum filed with the court.

According to court documents, on July 1, 2014, Dandach purchased a ticket to fly from Orange County to Istanbul. The FBI intercepted Dandach at the John Wayne International Airport the following day.

Dandach told FBI special agents that his ultimate destination was Syria and that he intended to pledge allegiance to ISIL’s leader, Abu Bakr al-Baghdadi.

He explained that he wished to live under the control of ISIL and intended to undergo weapons training.

Dandach also admitted that he made a false statement in a passport application, namely that he had lost his previous passport. In fact, a family member had taken Dandach’s passport from him in 2013 when he expressed an interest in traveling to Syria.

Dandach “had been planning for over a year to join ISIL, a murderous terrorist organization that he knew committed horrifically violent acts,” according to the government’s sentencing brief.

To read the story from Apple News, please go to: