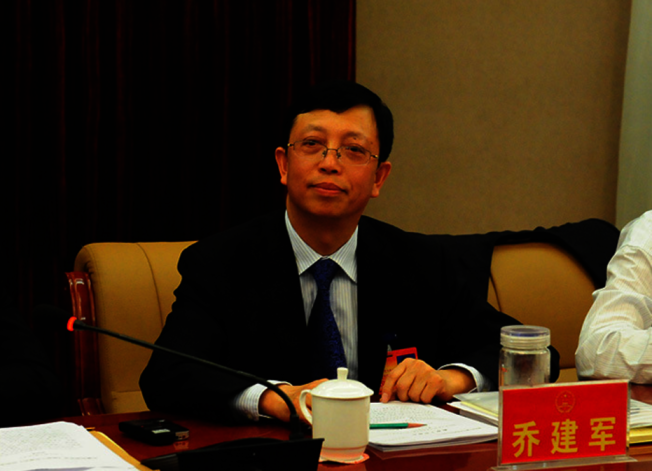 LOS ANGELES – The ex-wife of a former Chinese government official has pleaded guilty to charges that she conspired to fraudulently obtain visas to enter the United States through the immigrant investor program, the U.S. Attorney’s Office announced Tuesday.

Shilan Zhao (趙世蘭), 53, of Newcastle, Washington, pleaded guilty Monday to one count of conspiring with her ex-husband to commit immigration fraud by submitting false documents to federal authorities. As part of a plea agreement with prosecutors, Zhao agreed to cooperate with the government’s investigation into this matter.

Zhao and her ex-husband – Jianjun Qiao (喬建軍), also known as Feng Li, 53 – were charged in a federal grand jury indictment unsealed in March 2015. Qiao remains a fugitive who is being sought by federal authorities.

According to the indictment, Zhao and Qiao were divorced, but, in documents filed with U.S. immigration authorities, they falsely claimed to be married. The indictment also accused them of lying about the source of Zhao’s investment in the U.S., an investment which was required under the EB-5 immigrant investor program to obtain U.S. immigrant visas.

Zhao pleaded guilty Tuesday pursuant to a plea agreement in which she admitted that she submitted false documents, prepared or obtained by her ex-husband, to U.S. immigration authorities under penalty of perjury to support her immigration application.

Those documents included a false marriage certificate and documents that purported to show the source of the money used for her investment.

“We will continue to fight fraud and abuse in our immigration system,” said United States Attorney Eileen M. Decker.

“There is a lawful process that can be followed to obtain legal status in this nation. Those who attempt to undermine the system by fraud threaten our national security and compromise the attempts of other immigrants who follow the rules to lawfully gain entry to the United States.”

In her plea agreement, Zhao agrees that $25,000 used to pay her bond can be applied to any restitution or other monetary penalties ordered in this case. Additionally, she agreed to forfeit her interest in several parcels in Monterey Park; a house in Newcastle, Washington; and a condominium in Flushing, New York.

“Immigration benefit fraud is a serious crime,” said Joseph Macias, special agent in charge for HSI Los Angeles. “Not only do schemes like this potentially rob deserving immigrants of benefits they rightfully deserve, they also create a security vulnerability that could be exploited by criminals and others who pose a danger to our community. HSI will aggressively target those who conspire to corrupt the integrity of America’s legal immigration system and put our nation’s security at risk in the process.”

“The EB-5 investor visa program requires all immigrant investors to accurately document the source of their funds in their application,” stated IRS Criminal Investigation Acting Special Agent in Charge Anthony J. Orlando. “IRS Criminal Investigation will take whatever steps are necessary to ensure that ill-gotten gains received in foreign countries are not fraudulently laundered through the United States financial system.”