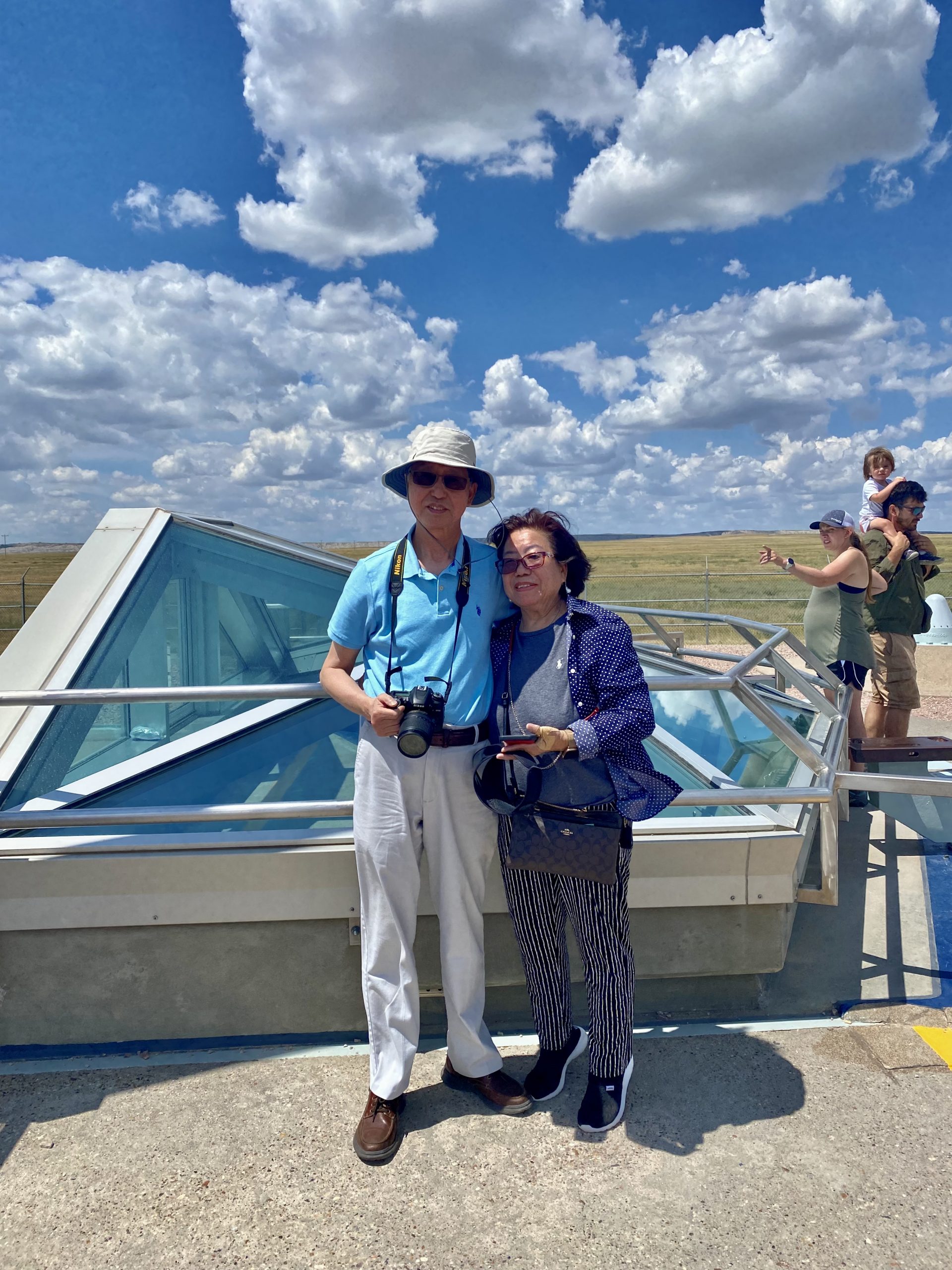 In a recent visit to Rapid City in South Dakota, while my main target was to view Mount Rushmore where the statues of four U.S. presidents were sculptured out of a rock hill, I also visited an actual missile silo called Launch Facility Delta-09, the product of the cold war between the United States and the Soviet Union before 1990s.

I wanted to see the site since it was forbidden before 1990s and it could be where the nuclear war started between the U.S. and the Soviet Union.

According to the information provided by the visitor center, in South Dakota, 150 missile launch silos were built in 1960, and Minuteman missiles were deployed there armed with nuclear war heads that each was 60 times more powerful than the bomb that was dropped on Hiroshima, Japan, that killed over 140,000 people. Those missiles could be launched in six minutes and could reach 6,000 miles away in less than 30 minutes. You can imagine that once launched, how the world could be ruined.

If not for the purpose to visit Mount Rushmore, few people would travel to Rapid City, a city with a population of 75,000. But once in the city, a visit to one of the missile silos became possible and attractive, therefore I drove a little bit over an hour east along Freeway 90 to the Minuteman Missile Visitors Center.

What impressed me was a quotation on the wall outside of the entrance of the visitor center by a famous ancient Chinese military strategist Sun Tze. It says: “Someday, an ultimate class of warriors will evolve, too strong to be contested. They will win battles without having to fight, so that at last, the day may be won without shedding a single drop of blood.”

I thought what Sun wrote in his Art of War best explained the significance of the end of the Cold War between the U.S. and the Soviet Union and the signing of a treaty to remove all those nuclear missiles from South Dakota between the two countries. This also explained why the U.S. government would hold an exhibition in the visitor center – to remind people from America and other countries not to forget the history of the Cold War and efforts should continue to be made to “win battles without having to fight, so that at last, the day may be won without shedding a single drop of blood.”

One display showing a photo of U.S. President George Bush and Soviet leader Mikhail Gorbachev signing the Strategic Arms Reduction Treaty (S.T.A.R.T.) on July 31, 1991. In 1988 during the U.S. presidential election campaign, as a journalist, I had the chance to cover Bush challenging the Republican incumbent Ronald Reagan while in Washington, DC in his bid for the White House. I also had a chance to cover a summer meeting in Moscow between the Chinese and Soviet leaders in 1990 before Gorbachev gave up his power and thus led to the clapse of the Soviet Union in 1991. History has remembered his role in ending the Cold War.

In the entrance hall of the visitor center, a Guidance and Control (G&C) container is on display. It was used to transport the G&C section of the Minuteman II missile. Hardened, airtight, and temperature controlled, it protected the G&C, the “brain” of the intercontinental ballistic missile as it was transported. The container was last used for the G&C of the missile at Delta-09.

The center exhibits include the history of the Cold War, the resulting “family basement bomb shelter” trend in the U.S., a feature on the missileers, and the scope of the destruction that would have ensued if the missiles had ever been used.

It is in another location, about 10-minute drive west from the visitor center. After exiting from I-90, I drove about a half mile on the dirt road, I saw a tower-like structure surrounded by wired fence.  It is in an isolated area with no buildings around, and no security guard on site, contrary to my imagination. Only the sign D-9 could be seen from the gate. No more than 10 visitors were there.

The silo that housed the missile is composed of an underground launch tube, 12 feet in diameter and 80 feet deep. It was capped by a 90-ton overhead door, but now the door has been pulled partially off, and a glass viewing window has been installed. I looked down, my own camera was reflected on the glass window. I saw an unarmed missile sits in the site. According to the visitor center, it is the real missile that had been deployed since 1960, and after over 60 years, it still looked like new, unarmed but real.

Like many others, I thought the missile sites were “top secret,” but in fact, since the missile were intended to be deterrents to nuclear war, their existence was highly publicized, and the sites themselves were never hidden. After the end of the Cold War, Delta-09 has been purposedly kept as a site to remind people of the danger of a nuclear war and how efforts have been made to win the war “without shedding a single drop of blood.”