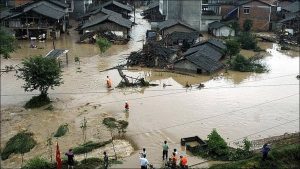 LOS ANGELES – The Chinese communities in California and other Chinese populated cities in the United States have started a campaign to raise money to support those who have been hit hard by the severe flooding across central and southern China in the past week.
Chinese officials reported that 140 people have died and 41 are missing till Wednesday since the severe weather began on June 30, 2016 with the flooding in areas along the Yangtze River and Huaihe River continues.

MCA add that the heavy rain, landslides and flooding have led to the collapse of 49,000 houses and forced the evacuation of more than 1.62 million people. Nearly 760,000 people are in urgent need of basic living assistance.

Ying Ying Hong, President of Anhwei Association of Southern California, sent a message through WECHAT calling those from Anhui Province to make donations. The association pledged 3,000 dollars as seed money for the rescue campaign.

Her call has won support from the association board members and through local Chinese media such as U.S. News Express, Huarenone.org, China Press and ChineseDailyUSA.com, the message has been spread very fast and in several hours, about 30 people have made their donations.

Hubei Association of Southern California has raised 7,000 dollars in several hours. The association told the press it will send the donation to Hubei in China, where the flooding is still very serious. 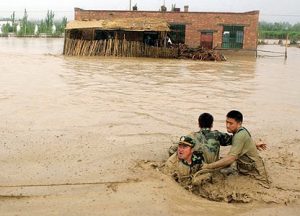 (Please go to your iPhone’s News app and search for CA MEDIA FOUNDATION to read the story there.)