Tour Bryce Canyon Before Coronavirus Pandemic Is Over 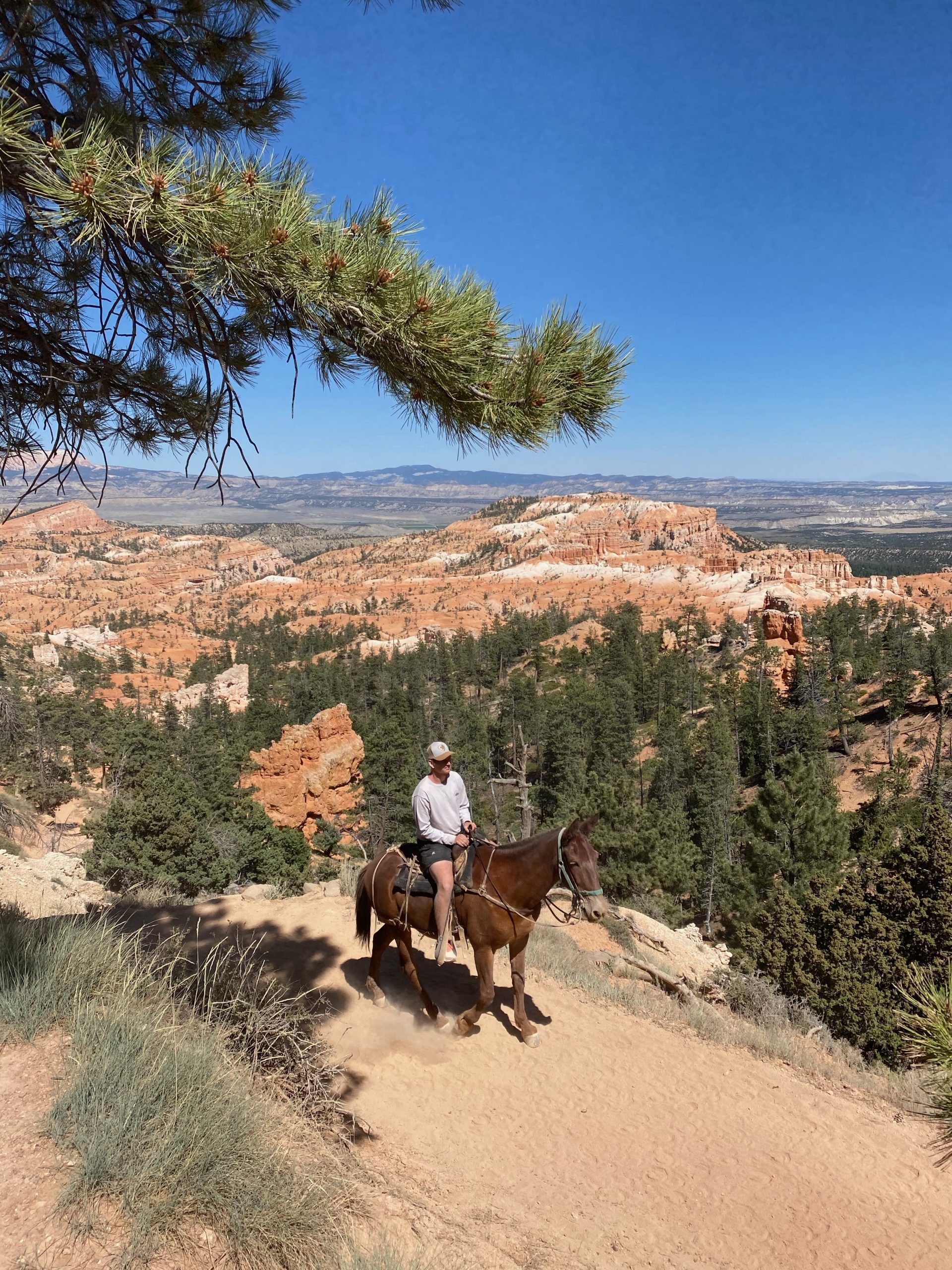 Most people prefer to stay at home when the whole country, even the whole world, is fighting the Coronavirus pandemic. However, I took a rare move to tour the Bryce Canyon National Park at the end of June, after a three-month home stay since the pandemic started in California in March.

I certainly do not want to risk my life just for the sightseeing. I picked Bryce Canyon because I think it is safe, at least for now, and also because I had never visited the place.

The safe way to avoid the pandemic is to practice social distancing and wear face masks. Also, any public transportation, such as airplane and buses, should be avoided. Bryce Canyon can meet all those requirements.

I live in Anaheim, Southern California, where people have got used to drive to Las Vegas for business shows, gaming or entertainment. I booked from Airbnb an apartment close to the Strip in Vegas so my wife and I can stay, where we can cook our own food without going to the restaurants, a place to avoid in face of the pandemic.

I planned to stay in Bryce Canyon for two nights. From Las Vegas to Bryce Canyon is about 260 miles, almost the same distance from Los Angeles to Vegas. Since I drove a Tesla, I first searched for any hotels where I can charge my car. I found a small hotel, Bryce Canyon Inn, could provide Tesla charger, so I made a reservation. The hotel provides guests with cottages, so my wife and I could stay in a secure room without the chance to meet other guests in the lobby or in the elevator like other hotels. Outside my cottage, I could park my car and get charged. Perfect for me!

The drive from Vegas to Bryce Canyon was pleasant. From Vegas, I took freeway 15 north, a route I took in 2005 when I drove from Los Angeles to the Yellow Stone National Park. After about two hours, I reached St. George, a small town, where I stopped for breakfast while charging my Tesla at a supercharge station.

Then one hour from St. George, I turned right onto Route 20, then 89, and 12, which is a scenic road with fantastic sceneries along the way. My wife Rosa busied herself shooting photos or taking video clips with her iPhone. The two natural rock arches we passed through especially impressed us.

The cottage we stayed was pretty new, where we could smell the scent of new wood. I parked my car in front of the cottage and plugged to the charger there. To me, to have a Tesla charger at the hotel is of great importance. Not like other cars that can get gas at any gas station, Tesla needs a charger, and only a few hotels in the area provide such service.

We went to a nearby restaurant to eat pizza, then we drove around the small town called Tropic to get familiar with the place.

The next morning, we drove about 10 minutes to the Bryce Canyon National Park. We paid 35 dollars of entrance fee for the car, which will be effective for one week, and stopped at the Visitor Center, where park workers, all wearing face masks and with signs on the ground to keep social distancing, gave us a park map and told us that we could drive to each scenic spot and park there to watch the scenes instead of taking a shuttle. That is much safer at present when people were worried about the pandemic.

We first drove to the Sunset Point, where we saw pine trees all the way. I wondered where the canyon was. I parked the car in a parking lot, and walked to the scenic point. I found we were on a plateau 8000 feet above the sea level, and in front of us was the canyon. Actually we were looking down, the fantastic series of horseshoe-shaped amphitheaters carved from the eastern edge of the Paunsaugunt Plateau in southern Utah.

Both Rosa and I were totally amazed by the whimsically arranged rocks that create a wondrous landscape of mazes, offering some of the most exciting and memorable walks and hikes imaginable.

We saw people walking down the canyon along the zigzagged path leading to the bottom, where tourists walking looked like ants. We met a group of tourists coming from a trip from the bottom of the canyon riding horses. We also saw one young man posing on an edge of a rock stretching out of the canyon, a scaring scene for me to look at.

Since we do not hike, we drove to the next scenic spot – the Inspiration Point, 8100 feet above sea level. Our last spot was Sunrise Point.

For those who camp there, they can go to the Sunrise Point in the early morning to wait for the sunrise, and visit the Sunset Point in late afternoon to watch the sunset scenes, both will leave them unforgettable memories and fantastic photos.

The third day we left for the Zion Canyon National Park, which is on our way back to Vegas. It took us about two hours to reach the canyon from the east. The road to the Zion Canyon was much zigzagged, but the scenery was beautiful. Again, it was Rosa’s chance to take the pictures on the way.

We paid another 35 dollars for the entrance fee, but when we reached the Visitor Center, we were disappointed: so many visitors to make the parking lot full, and since it was during the holiday of Independence Day, shuttle service started on that day, but all the seats had been booked. We decided to give up a try to get tickets to the shuttle bus for fear of the Coronavirus, and walked around the Visitor Center where we could catch a look at the sceneries nearby and take pictures. The park worker told me that the best scene was on our way coming from the east to the park. That has made us feel much better.

Whether at the Bryce Canyon or the Zion Canyon, we saw no other Chinese or Asian visitors. The pandemic has scared away any visitors whether from the Asian communities in the U.S. or from Asian countries. International flights to and from Asia have not returned to normal. One tourist guide told me that she used to take groups after groups of tourists from China to those two national parks before, the largest group ever made up of over 1,000 people. But not now.

I think tourists will come back when the pandemic is over. But now, only tourists from nearby states and cities like Los Angeles and San Francisco will think about visiting those spots partly because they can drive here without taking public transportation.