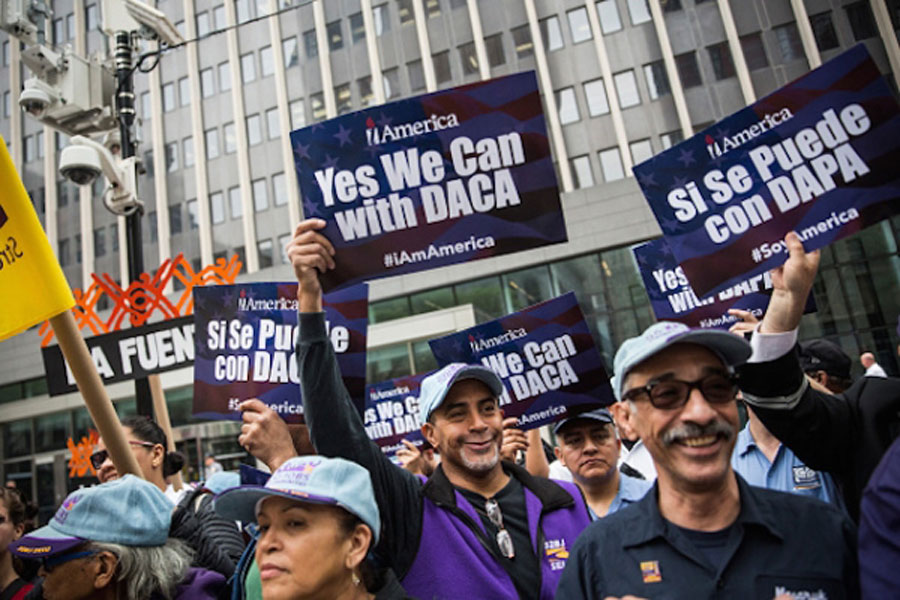 Following the results of last week’s presidential election, the future of the Deferred Action for Childhood Arrivals (DACA) program remains uncertain, according to AAAJ-LA.

Authorized through executive action by President Barack Obama in the summer of 2012, the DACA program grants temporary protection from deportation and lawful employment to certain undocumented individuals who came to the United States before their sixteenth birthday.

Aman Thind, Immigration Project Director at Advancing Justice-LA, said: “While we hope the next Administration will continue the current DACA program, we are unsure of what will actually happen when President-elect Trump takes office.”

Assistance will still be provided to current DACA recipients who insist on filing a renewal application, although Advancing Justice-LA cautions that there is no guarantee of an adjudication or the production of a renewed employment authorization card.

Renewal applicants do risk losing the application fee if their renewal is not processed in time. Those currently travelling on Advance Parole are advised to return to the U.S. before January 20, 2017.

In each case, it is strongly recommended that applicants consult with an immigration attorney or accredited representative to discuss the specific nature of their individual case.

Individuals who have already applied for DACA and have received a Request for Evidence (RFE) should continue and file a response before the due date.

U.S. Citizenship and Immigration Services (USCIS) has announced that all DACA applications will be processed by January 16, 2017. However, there has been no guidance on what will happen to applications or processing fees after that date.

While media reports say the new Administration is preparing to deport millions of “criminal” immigrants, many in California and Los Angeles are taking steps to protect undocumented community members.

The City of Los Angeles has affirmed Special Order 40, a Los Angeles Police Department (LAPD) policy that prohibits its officers from questioning someone with the intention of determining their immigration status.

In addition, L.A. Police Chief Charlie Beck has stated that the LAPD will not collaborate with federal immigration authorities to deport immigrants.

To minimize risk of deportation, Advancing Justice-LA urges undocumented members of the community, as well as non-citizens who are refugees and Legal Permanent Residents (LPRs), to avoid any negative interaction with law enforcement such as driving under the influence or any drug-related convictions.

“We absolutely oppose the new Administration’s proposal to break up families and push undocumented immigrants back underground, and we vow to continue to serve and protect the rights of all in our community, regardless of immigration or citizenship status.”

To aid current DACA recipients and other undocumented immigrants, Advancing Justice-LA will continue to offer free immigration screenings for those who wish to get more information about other immigration remedies they may be eligible for, such as family-based immigration, asylum, U-Visa, Violence Against Women Act (VAWA), and Special Immigrant Juvenile Status (SIJS).

In addition, all qualified legal permanent residents are encouraged to apply immediately for U.S. citizenship, as citizenship offers the greatest protection to immigrants. Individuals with complex issues are strongly advised to consult with an immigration attorney or accredited representative before filing any application.